(Editor’s note: On October 1, 2018, an interactive map was released by the Equality of Opportunity Project that helps track social mobility in the U.S. Here’s a link to an update: https://www.communityheartandsoul.org/the-opportunity-atlas/ )

On May 17, 2018, we held our Heart & Soul Talks webinar, Neighborhood Effects—How Small Towns Give Poor Youth a Head Start. Below are some key takeaways and a visual recording from the webinar.

Our guest presenters were: John Friedman, associate professor economics and international affairs and public policy at Brown University and policy director of the Equality of Opportunity Project; Bill Bishop,  Daily Yonder founding co-editor and journalist Bill Bishop; and Tim Marema, vice-president of the Center for Rural Strategies and editor of Daily Yonder.

The research looked at data from 20 million children who grew up poor—households with $25,000 annual income. Researchers examined two factors: 1.) annual income when they reached their 30s; 2.) the locations the children grew up.

Examples of low opportunity areas include:

Examples of high opportunity areas include:

How does this play out in rural areas? There are more low outcome places in the Southeast. There are better outcomes in the Great Plains and Upper Midwest. In Iowa, for example, rural counties are the highest opportunity over urban and suburban areas. But in the Southeast, you find the reverse. Charlotte and Atlanta have pockets of opportunity, while rural areas have less opportunity.

How can this research point to improving upward mobility and restoring the American dream? Researchers see two approaches, place-based and people-based.

The Equality of Opportunity Opportunity Atlas, is an online platform like Google Maps, that allows searching for areas of opportunity for any group of children by race, gender.

During the webinar, registrants heard from Daily Yonder founding co-editor and journalist Bill Bishop, along with Tim Marema, vice-president of the Center for Rural Strategies and editor of Daily Yonder.

For them, the presentation underscored three important takeaways:

Community matters. Poverty is not just an individual failing and prosperity is not an individual success. This study finds that the communities where people grow up can help lift people out of poverty — or put them further behind.

Rural areas tend to be better at helping children in poor families earn more when they are adults. Rural areas overall have stronger civic institutions and they are less segregated racially and economically.

Below is a YouTube presentation by John Friedman that covers much of the same material as the webinar. 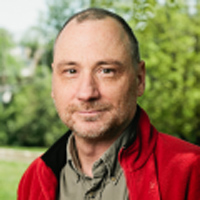 Tim is editor of The Daily Yonder, a national news platform covering rural America. With a paid and volunteer staff of correspondents around the country, the Daily Yonder provides rural perspectives on national news and explores the nation’s diverse rural cultures, economies, politics, and more. The Daily Yonder is published by the Center for Rural Strategies, a nonprofit organization. Tim has worked in weekly and daily newspapers and is a graduate of Berea (KY) College. He holds a master’s degree in journalism from the University of North Carolina at Chapel Hill. 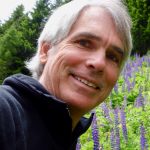 Bill is the author of The Big Sort: Why the Clustering of America is Tearing Us Apart (Houghton Mifflin Co., 2008), which examines political segregation and social segmentation. He was a writer on the special projects team at the Austin (Texas) American-Statesman and associate editor and columnist for the Lexington (Kentucky) Herald-Leader. Bishop has worked as a reporter at The Mountain Eagle, a weekly newspaper in the coalfields of Eastern Kentucky, served in several political campaigns and spent five years as a free-lance writer specializing in the coal industry. He was a finalist for the Pulitzer Prize in editorial writing in 1989 and won the Gerald Loeb Award for commentary on business and economics in 1996 and was a finalist in 1998. Bill is a graduate of Duke University. 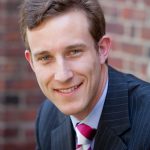 John N. Friedman, associate professor economics and international affairs and public policy at Brown University and a principal investigator at the CLIMB Initiative and policy director of the Equality of Opportunity Project.

John’s research brings together theory and data, harnessing the power of large administrative datasets to yield policy-relevant insights on a wide range of topics, including taxation, healthcare, and education quality. His work has appeared in top academic journals as well as in major media outlets. His most well-known papers estimate the long-term effects of teachers on student outcomes such as college attendance and earnings; in just one year, a great teacher can raise the lifetime earnings of a single class of students by nearly $1.5 million. This work was cited by President Obama in his 2012 State of the Union Address. Friedman has also worked as special assistant to the President for economic policy at the National Economic Council in the White House from 2013-2014.  He holds a PhD in economics, an AM in statistics, and a BA in economics, all from Harvard University. He is a faculty research fellow at the National Bureau of Economic Research. 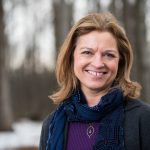 A national award-winning producer of video programs, Fran produced and hosted a popular interview program on Vermont Public Television for more than a decade. She frequently serves as moderator for community events and has served on numerous non-profit boards.