Monticello’s Community Heart & Soul project started in the spring of 2015 in partnership with Community Foundation of Greater Dubuque, and was envisioned as the first of several Heart & Soul projects in the region aimed at helping towns assess their assets and make decisions that enrich the community. Monticello has a diverse economic base of agriculture, manufacturing and small, locally owned businesses. The approximately 14 industries in town include injection molding, hydraulics, steel building manufacturing, and custom sewing and design. 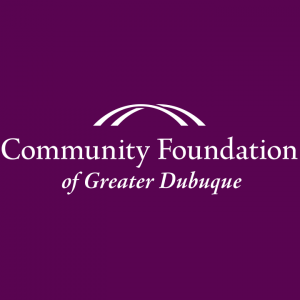 Monticello is an active community but there was a desire to expand opportunities for involvement by new leaders, bring different voices to the table, and get more people actively engaged in decisions about the community’s future. A bond referendum to fund a new middle school had failed several times so the community felt the need to build unity and identify ways that everyone could work toward common goals.

Volunteer and Community Response:
A group of 23 volunteers actively participated in the Heart & Soul Leadership Team throughout the process. Almost 250 people attended the various events and engagement activities that the team conducted with diverse audiences. After the Action Ideas were identified, a strong team stepped forward to keep the projects moving forward. Several younger residents on the Heart & Soul Leadership Team who had not previously been involved as leaders even entered new jobs and volunteer roles to get more involved in the community.

Monticello residents identified Education & Community Facilities as priorities during their Heart & Soul process. Using the Action Plan as an outline, the community created a team to lead a new school bond referendum. After failing with less than 50% three previous times, the referendum to construct a new middle school passed with over 70% approval, well above the 60% threshold needed for approval.

The Action Plan is also being used by a new “Hometown Pride” team that has helped steward processes forward, including recreational trail expansion, a new entrepreneur center, and celebrations downtown to showcase a new pocket park and refurbished buildings in the “Main Street” district.