Tired of Being Stuck? New Leaders Can Help 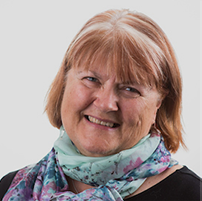 One of the greatest barriers to change in small cities and towns is that we’re stuck.  Town staff don’t always have the time or resources to implement plans or take on new ideas. Community members are invited to offer feedback on plans and policies at public hearings, but they’re rarely invited to less intimidating, formal gatherings to share ideas, much less encouraged to initiate action on those plans and policies.  People are stuck in old roles, old mindsets and old habits. And the press of what needs to get done—often on a shoestring, doesn’t help make room to pick our heads up and think differently.

Being stuck plays out in many ways —the plan sitting on a shelf collecting dust; the same ten people showing up to every meeting; the vote going against a proposal after many opportunities for input.

Heart & Soul offers a path for communities to get unstuck, and also unlock the potential of residents to take action and responsibility.  To counter the untouched plan, Heart & Soul ties a community vision to early and achievable actions.  To involve more people, Heart & Soul insists on building trust and relationships first.  And, as local officials and staff meet residents on their own turf, conversations become more genuine and concerns are aired more freely before a decision is made or a bond vote appears on the ballot.

Given the opportunity, people will feel ownership for their community and take action to make it a better place. Unlike formal leadership training programs, Heart & Soul allows people to dive right in, get their feet wet, fill gaps as needs arise, and discover their untapped leadership skills. In many of our demonstration towns, Heart & Soul has produced the conditions of trust where people to feel they can step forward and take some risks, and that’s when new ideas and new leaders emerge.

In Golden, Colorado, Councilwoman Saoirse Charis-Graves wanted nothing to do with local politics until she experienced her city’s commitment to listening to and understanding the people who live there.  City staff wasn’t just holding the typical meetings at the local community center or City Hall, they were putting time and resources into building relationships.  Through Heart & Soul, the city hosted block parties in every neighborhood, the beginning of genuine conversations about what people care about most, and their hopes and dreams for their neighborhoods and city.  For Councilor Charis-Graves, this was essential for establishing trust, and for countering negative perceptions that you can’t talk to city hall.  Not only did she attend block parties, but she got involved with Heart & Soul and then ran for public office…and she was elected.

Click below to see a brief video about Saoirse:

Across the country in Damariscotta, Maine, Selectwoman Robin Mayer was a newcomer to town, but she stepped right up to help after seeing a piece in the newspaper about her community’s plans to apply for federal grant funding, which she knew a thing or two about.  Her contributions led to involvement with Heart & Soul.  When a seat on the town select board opened up, she won as a write-in candidate after telling friends and colleagues that, yes, she was committed to serving her community.

It’s difficult to believe that these community leaders weren’t gunning for local politics early on, but therein lies the power of Heart & Soul. Changing the way we do business—whether as elected and appointed officials, town staff, local tradesmen, even residents—can shake things up just enough for new doors to crack open.

Becoming an elected official isn’t the only way to demonstrate community leadership, of course.

Mary Hockenberry moved to the North Fork Valley to retire and swore she’d never volunteer for anything again.  After hearing about the Heart & Soul process and its efforts to identify shared community values, she found herself offering time and expertise as a central member of the project team.  Mary was so compelled by the effort that she wanted to be a doer, not just a planner.  She purchased a vacant church and converted it into a studio space and art center for emerging artists.  When the space opens later this year, Church of Art will promote the shared community value of a steady economy.

Mary’s story is similar to Donna Steward of Cortez.  As a newbie in town, Donna became involved in Heart & Soul after seeing an advertisement for the initiative in the local paper.  Donna used her artistic talents to improve communications and attract more people to community events.  While volunteering added value to the project, Donna saw a way to make an even bigger difference.  She initiated partnerships to create Cortez Works, an affordable co-working space that offers a collaborative work environment for freelancers, startups and small businesses.